Zach Pichon among the world's best at the ISDE

Competing this year in his first ISDE, a six-day national team enduro competition, Zachary Pichon made an impression by finishing the event in fifth position, behind multiple world champions. 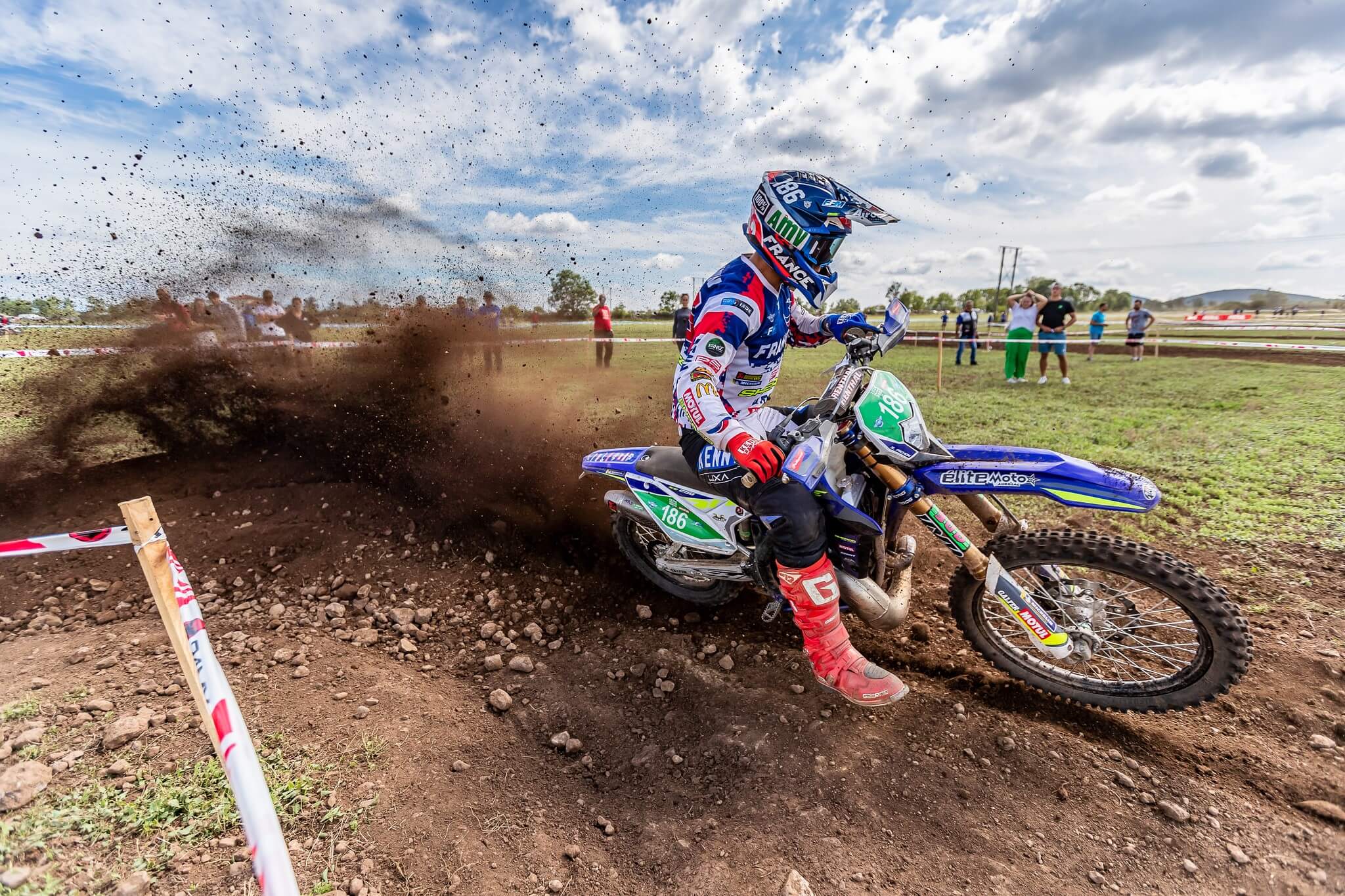 After his excellent first season in the discipline and his title of Junior World Champion, Zachary Pichon had been selected for the French team for the ISDE contested this year at Puy en Velay. After a week of walking to recognize the route, Zach set off full of hope ten days ago alongside his teammates Antoine Alix and Luc Fargier. Alas Antoine was forced to retire from the start, which condemned the chances of the French Juniors team and weighed on Zach's morale. « After Alix's abandonment, I thought for a moment of giving up too because the title was within our reach, and following his abandonment we no longer had any chance. And then from the first special I set the third scratch time, which immediately remotivated me, » confesses Zach who had never competed in such a race over six days. « It was very long, quite a week, even a fortnight since before the start we walked in the specials for a week. One of the particularities of the ISDE is that the pilot must also do his mechanics every evening, which had never happened to me before, this complicates the situation a little, » continues Zach who from the outset asserted himself as one of the revelations of these ISDEs by setting incredible times. Sixth in the scratch classification on the first day, he will finish each day in the top seven in the individual classification, all categories combined, with in particular a fifth place on the third and fifth days. Fifth at the end of these ISDEs in the individual ranking, behind three multiple Enduro World Champions, Zach burst onto the screen and confirmed his dispositions for enduro.

« Six days is a long time, and the second and fourth days were particularly difficult insofar as we passed the same stages as the day before, of course more bumpy. I clearly preferred the stages of the first, third and fifth days, which were 'new' and where we took more pleasure in driving. » he analyzes before returning to his fright of the last day. Friday evening, after the final mechanics session, it was impossible to start his motorcycle. Panic on board, sprint race to return the bike to the closed park, but the staff of the official Sherco team quickly detected the cause of the problem. « I had a starter problem on Friday, so Friday night I changed it. We will only know later, but by tightening a screw a little too hard I caused a grounding; Saturday morning I had ten minutes to redo the operation, which went perfectly well so that I was able to take the start of the final cross and secure this fifth place in the scratch classification, » he concludes with a smile.

Zach's season isn't over yet; this weekend he will be at the Kenny Festival in Reygades, an event with no real stakes for him, before playing for the title of French Champion a week later in Brioude. Whatever the outcome of this final, Zach has already made a name for himself in enduro! 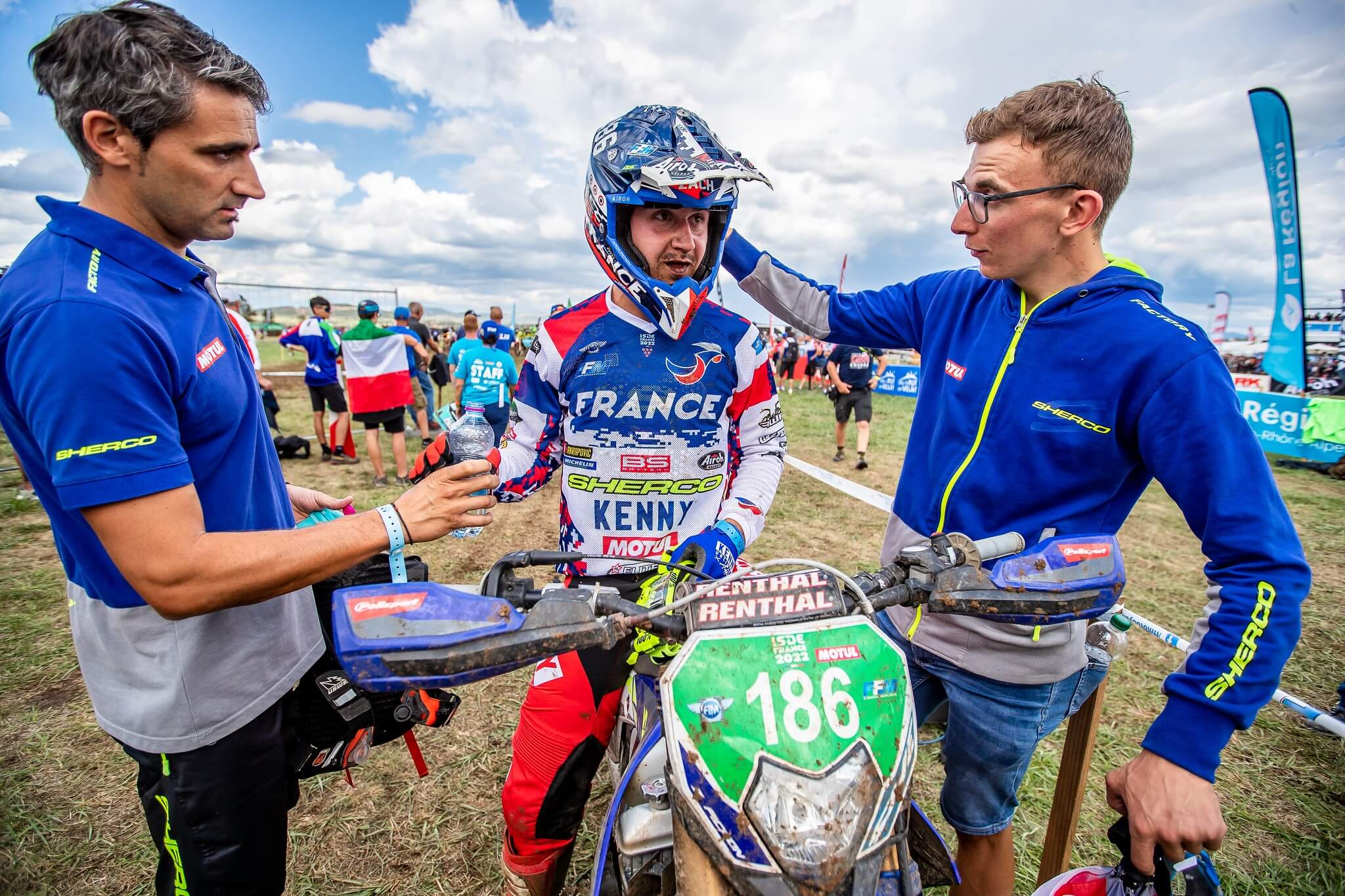