Since his time in enduro this winter, Zachary Pichon has accumulated victories, whether in the French or World Championships! Last weekend he won his third success in the space of three Grands Prix, once again dominating his Junior category in Worlds.

If he never really obtained the expected results in Motocross, Zach Pichon has been catching up since his time in enduro, to say the least! Arrived last week in Carpineti (Italy) leader of the Junior category after his success at the Spanish and Portuguese GPs, Zach once again dominated his opponents on the handlebars of his Sherco.

With six wins in the space of six days, he made his mark in his category. « It's great to win again, but I'm still hungry for Sunday. Saturday I was happy since in addition to my victory in junior I finished eighth in the scratch, but Sunday it was not so good, » says Zach as he prepares to tackle the recce of the second Portuguese GP, which takes place this weekend. « In fact, I struggle a little each time in the extreme special; I have little experience of this type of special where you don't go fast, but where it is very easy to make a mistake and lose a lot of time. So I'm a little blocked when I start the extreme, I don't drive free and I lack speed, I'm going to have to work on this type of special » continues the Sarthois who catches up in the other specials. « The longer the specials, the more I make the difference, because the line as well as the cross have similarities with what I have known in motocross, namely ruts, heavy braking, turns. The connections between the specials are generally quite fast, it's really in the extreme that I have to progress because even if I did trial to prepare for this winter there is still a step to overcome. »

With a perfect score after three GPs, while there are four left on the calendar (Portugal this weekend, then Slovakia, Hungary and Germany), Zachary could not be better placed in the race for the title. And to prepare well for this fourth meeting of the season, he will still be walking for hours and hours this weekend to reconnoiter the special stages of this Grand Prix organized in the region of Coimbra. 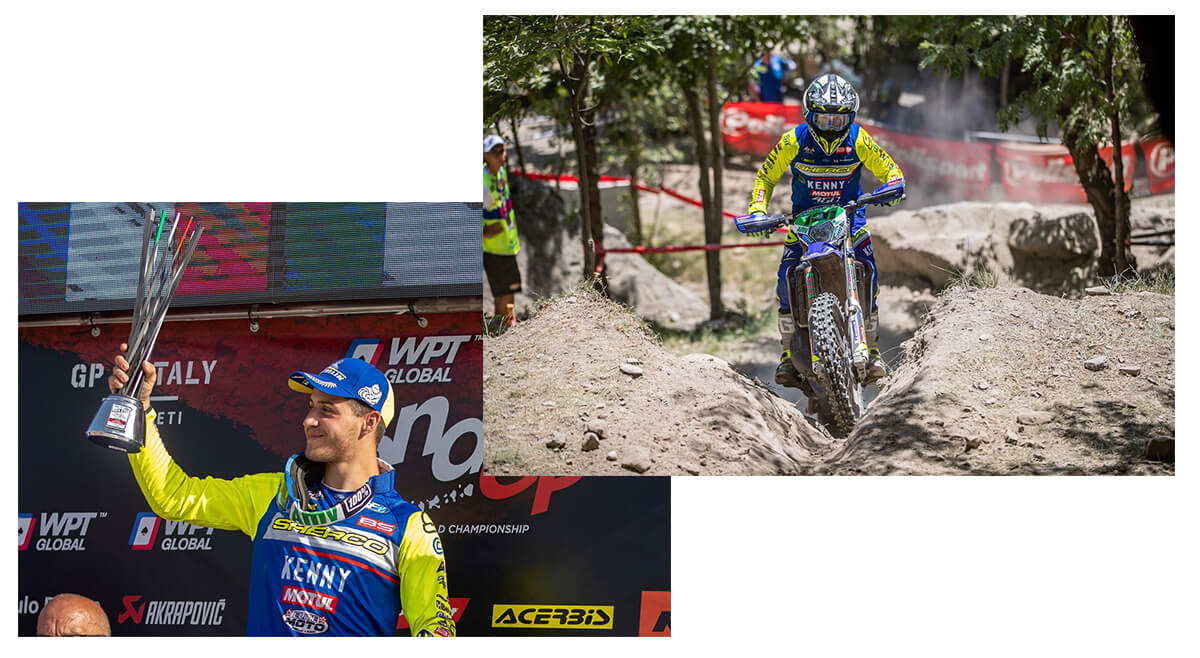