Never before in his young career had Zachary Pichon competed in so many races, but never before had he won so many laurels! After winning the World Cup in Enduro Juniors 1, he took the Junior World title in Germany. But his season is not over yet, as he still has one more Spanish championship race on his agenda. 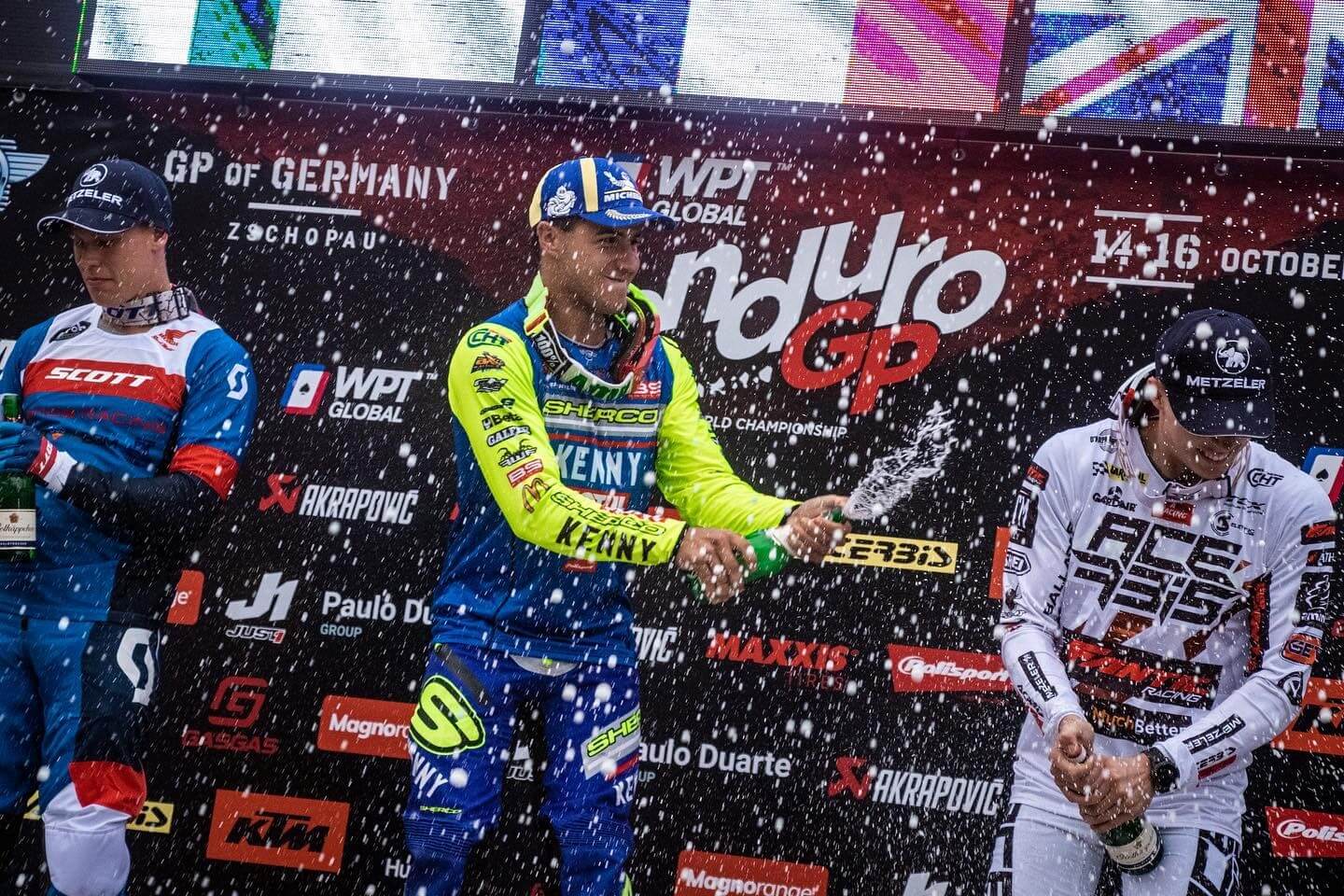 The final of the World Championship was held in difficult conditions due to the rain that fell during the week in Germany, but it allowed Zach to win a second title, even more prestigious than the one he won a few weeks earlier. "After winning the Junior 1 title reserved for 250cc riders, the Junior title, which includes all the Junior categories, is of course more prestigious and that was my goal when I arrived at this final. A final where I secured the title from the first day by beating the Finnish Roni Kytonen, my main opponent this season, by two seconds. I struggled a bit in the mud; there is still work to be done in these conditions, but the feeling was better than in Slovakia where the conditions were similar," said Zach who will close the Junior World Championship with another win on Sunday. "In the morning I was a bit too relaxed, and my first two laps were quite catastrophic as I was 30 seconds behind the leader! In fact, it all came down to one stage where I set a great time while Kytonen crashed; that gave me a boost, and I won that last day," continued Zach, who won no less than eleven of the fourteen days of racing in the Juniors. 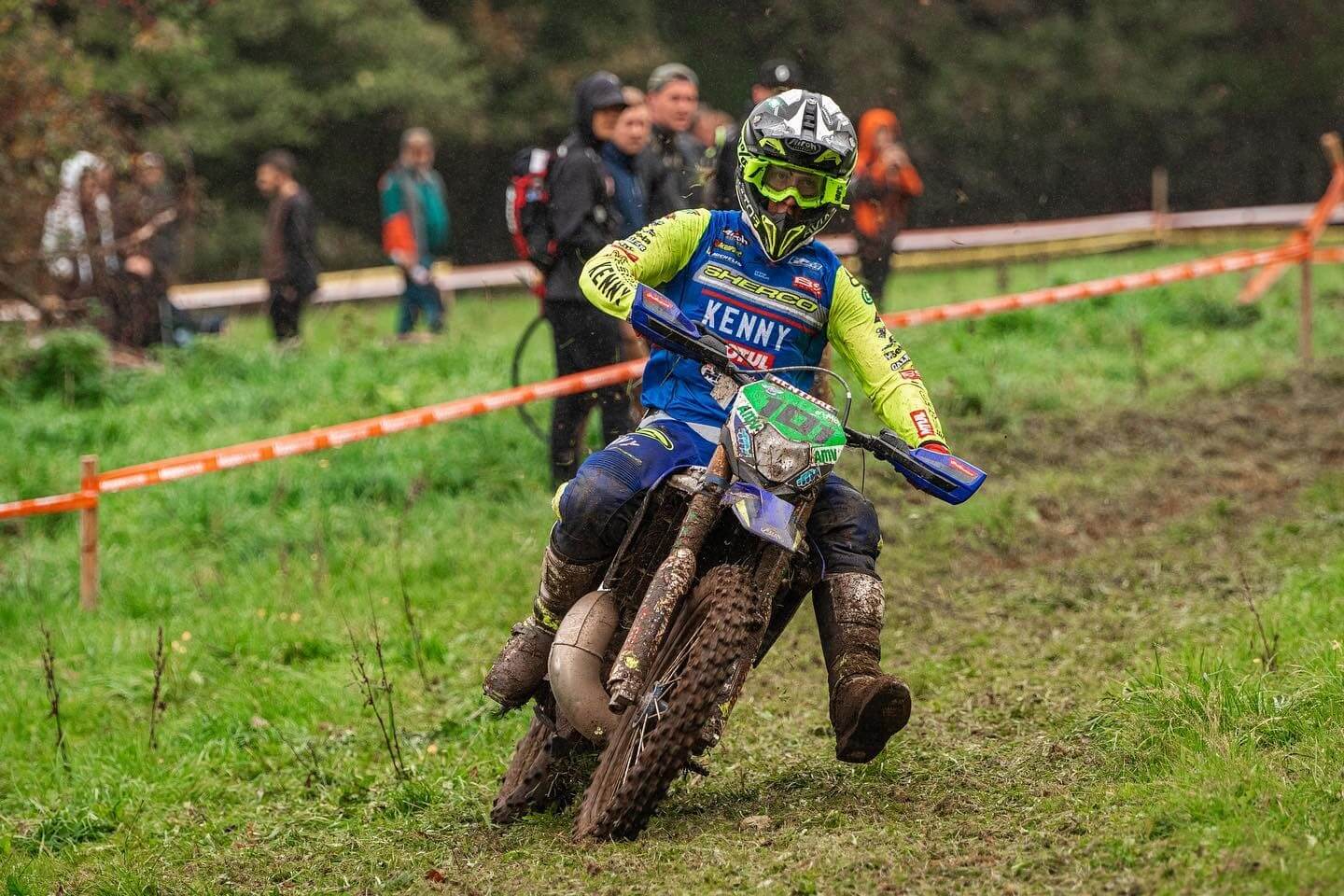 This success in Germany will have put a smile back on Zach's face, who a few days earlier had a bad day after letting the French title slip away for a small point (142 to 143!). Neck and neck with Hugo Blanjoue before the final, Zach lost by a whisker. "On Saturday I won and took the lead of the championship, but on Sunday I made a small mistake that cost me dearly; I slipped on some roots and got stuck on a slope where it took me a long time to get going again. I had a hard time accepting this outcome, even though I would have signed up at the beginning of the season for a vice-championship" admits Zach who has taken a taste of victory! The victory he will look for in Spain, where he won in Junior during the last two races. But there again it is his scratch ranking against the 'big boys' of the discipline that holds his attention, and before the final scheduled for the end of November he is in third position despite a withdrawal due to a breakage at the beginning of the championship.

For the time being, Zach has left to recharge his batteries in the sun, after a long and successful season. His enduro debut was brilliant, with two World titles, a French vice-champion title and some great ISDEs. The season was long, much longer than the previous ones since he competed 37 days of racing and no less than eighteen weeks of walking - at a rate of three days mini per week - to recognize the special stages on the various events! As we said, he still has the final of the Spanish championship at the end of November, and a passage on November 12 and 13 at the Supercross of Paris. "No, I'm not going to ride in the Supercross," he confides with a smile, "but I'm going there for an animation alongside Antoine Meo, at the invitation of Assurance Moto Verte, one of my partners. It will be fun," he continues before concluding with a thought for his little brother Lenny. "This weekend he can also win a title, because before the final of the Enduro Kid which is held in Auvergne he is leading the championship. I will not be there, but I will follow it from a distance!"