If he does not yet have the experience of his rivals in enduro, Zachary Pichon has a lot of technical background with his past in motocross. But when he arrives on certain atypical events he has to be patient to take the measure of the field, even if patience is a word unknown to top athletes !

In difficulty on Saturday near Privas where he finished third, Zachary left Ardèche with a success in his pocket on Sunday, and the leadership of the championship.

« I'm not totally satisfied with my weekend, and I'm a little unsatisfied because this weekend I didn't have a good feeling with the pitch. The ground was hard and not hollow as usual, so instead of being rutted and technical the route was rolling and slippery. » analysis Zach who however progressed throughout the weekend. « Saturday I was a little lost, it was better on Sunday but it was not there yet. Saturday I fall twice, I lose 25 seconds in the extreme special, and it is only in the last special that I manage to come back from fifth to third place, saving the podium. Sunday was a little better, but you have to be honest, if I win it's because my two main rivals made mistakes. » continues Zach who will be resting next weekend, before chaining several ranking events. « Originally it was planned that I would compete in the Clover, which is a great classic on the calendar, but with my team we decided that it was better for me to take a little break. The Sherco factory prefers that I play the Spanish championship in ten days; after the first event I am the leader in junior, and as the events are going to follow one another between Spain, France and the World Cup, it would have been eight races in a row if I did not take this little break. » 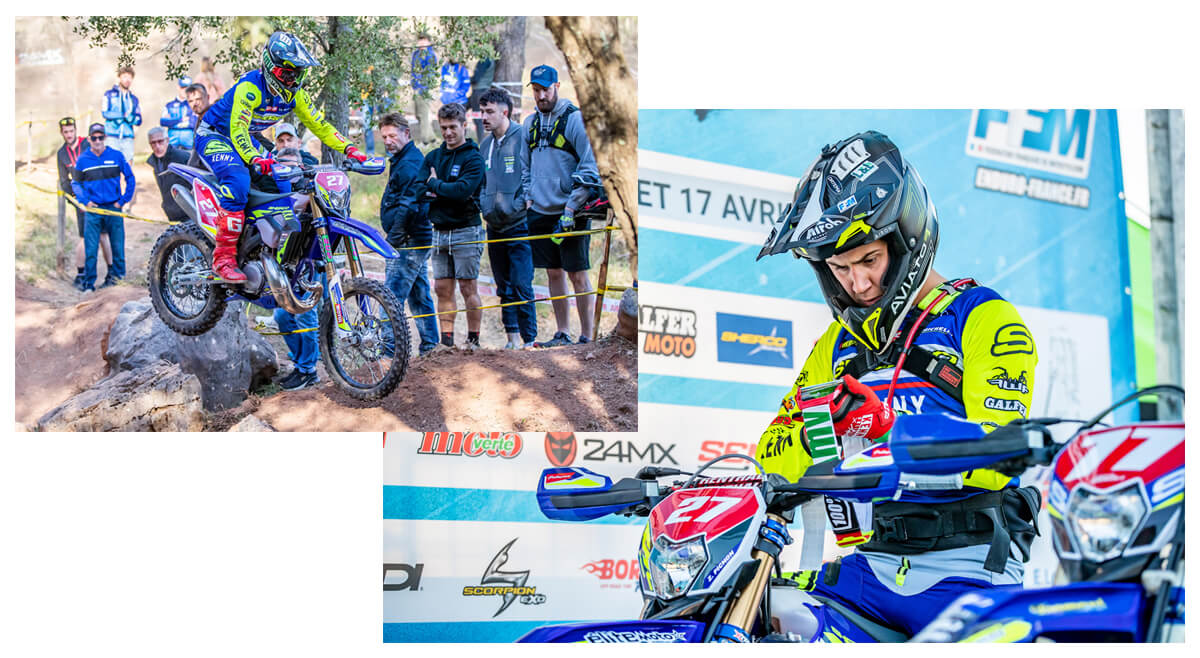