Crazy, the French rider has made a name for himself in the world of cycling. Coming from BMX, Cédric very quickly arrived at mountain biking. Rare rider to chain both 4X and downhill races in the World Cup, Cédric has long monopolized the podiums of these 2 disciplines.

We remember the great time when Gracia was in the US team at Cannondale Volvo, then Siemens.

Known for his showman side, CG knew how to make people talk about him, to the point of being one of the rare French people to integrate the expected New World Disorder video times, or even "slam" a back flip during a world cup of 4X. He also shared more difficult moments with us, such as his fall where he broke his femur in DH, or a severed femoral artery in Reunion. 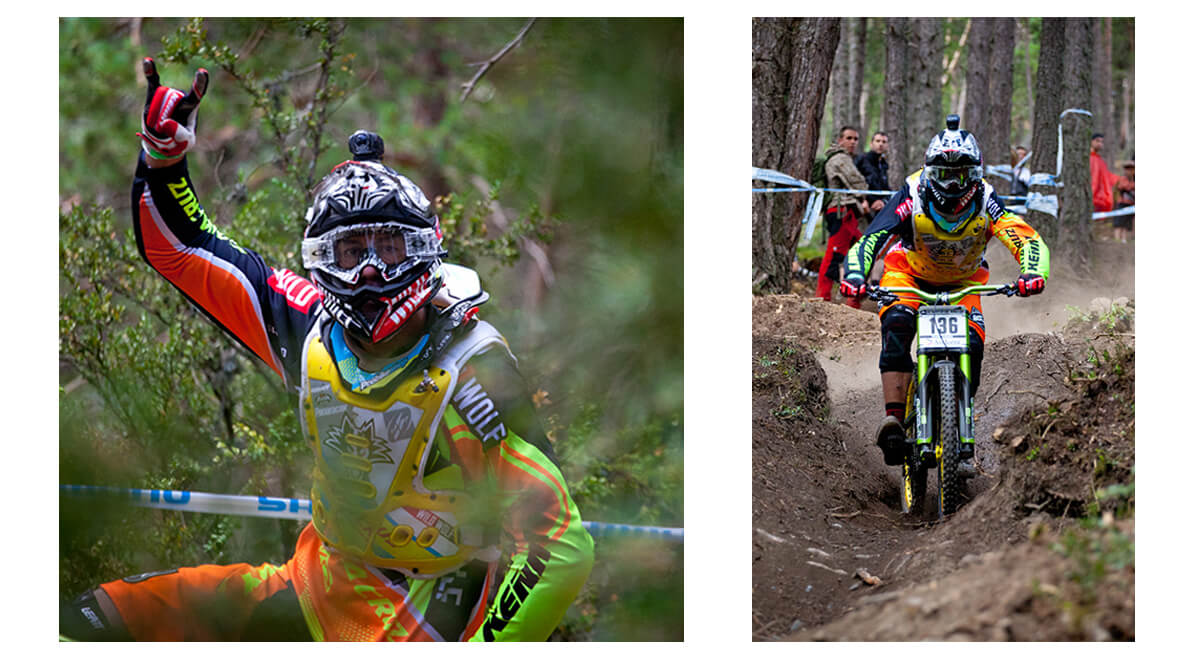 Cédric Gracia also tried other disciplines such as the first slopestyle and freeride races, where he won the edition of the Red Bull Rampage in 2003.

It is for all these reasons that in 2013 RXR Protect becomes a partner of Cédric Gracia for his last year in the Downhill World Cup. An essential character on the MTB scene, but also a member of the RXR family!